Close Menu
We have recently added Walsall Wheelbarrows to our website. Please note, they are only available to purchase via click and collect from our store

A hex key or Allen key is a simple tool used to drive bolts and screws with hexagonal sockets in their heads.

The tool is usually formed of a single piece of hexagonal rod of hard steel, with blunt ends that are meant to fit snugly into the screw's socket, bent in an "L" shape with unequal arms. The tool is usually held and twisted by the long arm, creating a large torque at the tip of the short arm. Reversing the tool lets the long arm reach screws in hard-to-reach places, or a faster progress while low torque is required.

Each key is meant to be used with screws of a specific socket size, with rather tight tolerances; so the tool is commonly sold in kits that include half a dozen or more keys of different sizes. Usually the length of the key increases with the size of the socket, but not necessarily in direct proportion.

Moving away from a traditional hex key, there are now Ball Ended versions which allow a 25º entry and turn angle along with Tee Handles and socket mounted hex keys.

The "Allen" name is a registered trademark, originated by the Allen Manufacturing Company of Hartford, Connecticut circa 1910 although even today inevitably a hex key gets called an Allen key. 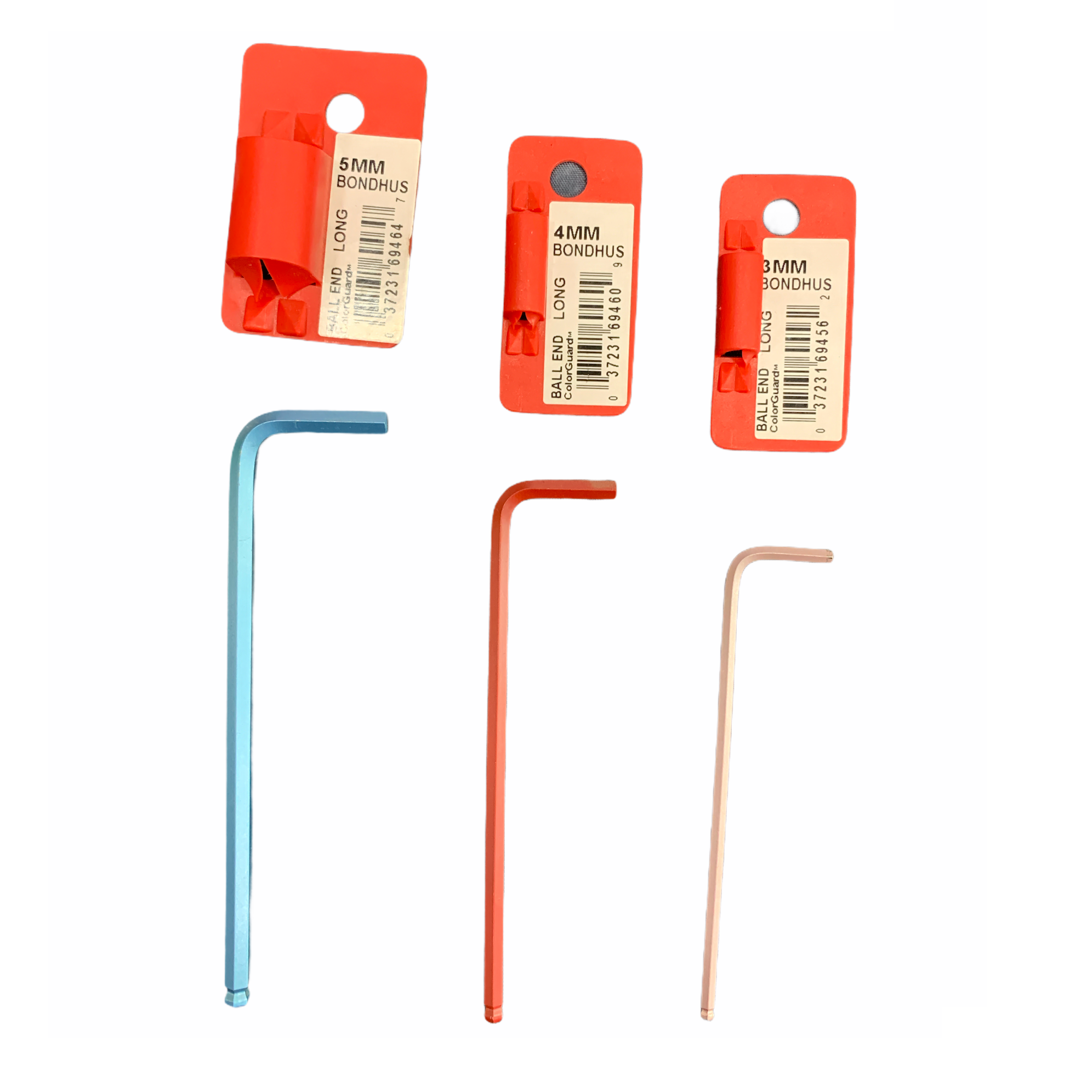 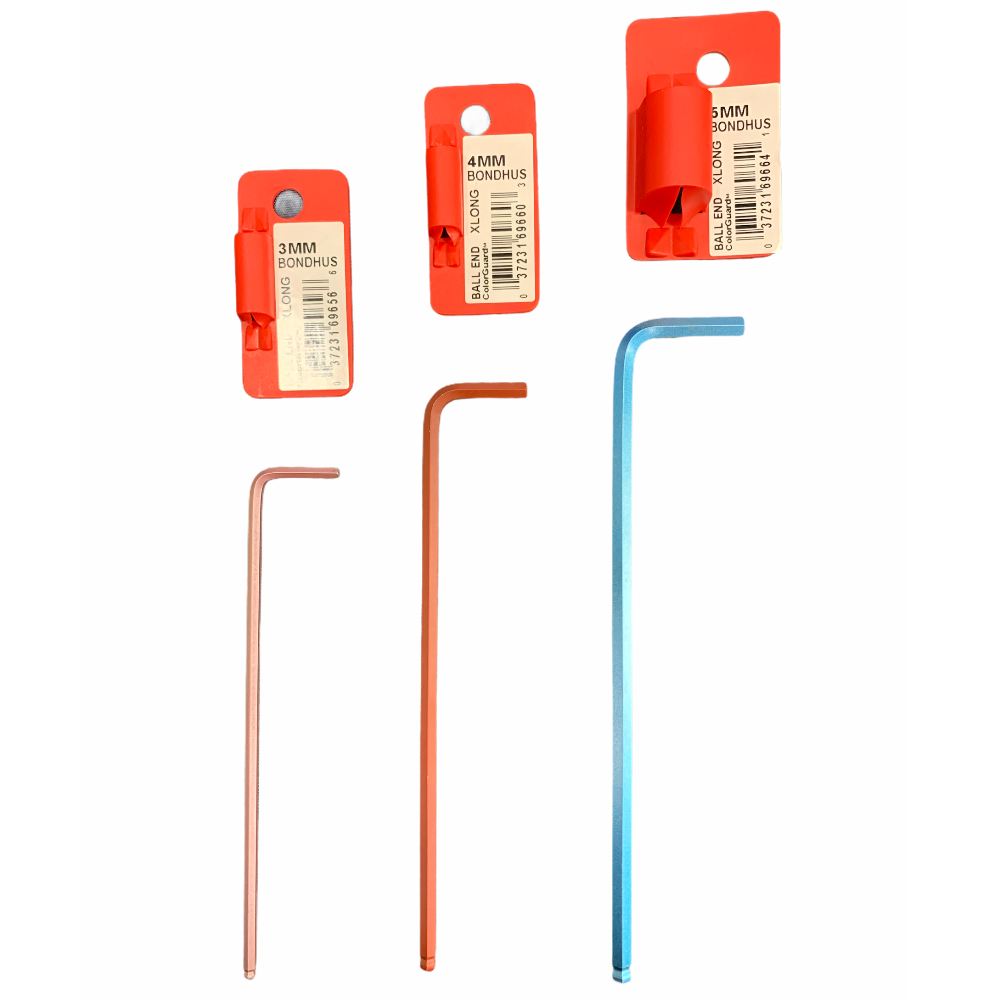 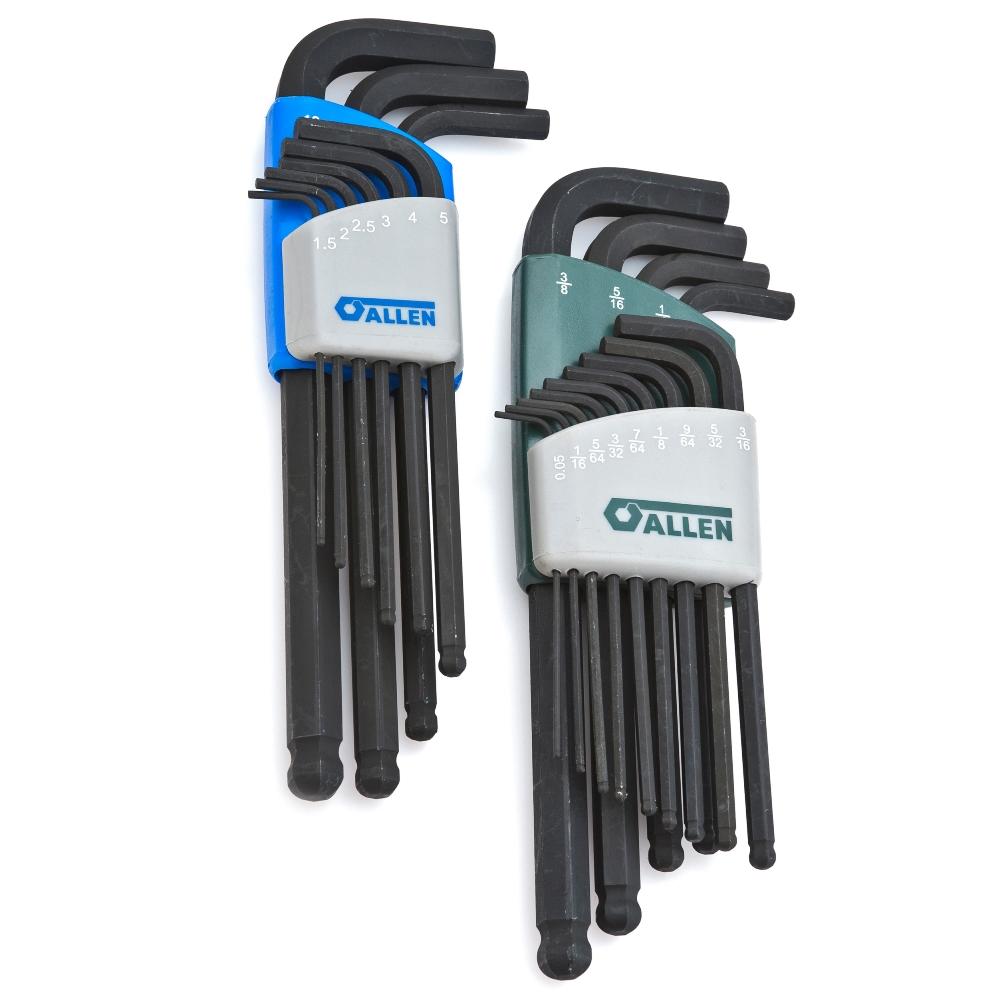 Brand New to Thanet Tool Supplies directly from Allen®, the Original Manufacturer of the Hex Key, the #56618 22 key twin set of Allen (yes we can actu...
In stock
£19.98
Quick Peak
Add to wishlist
X
This website uses cookies to ensure that you get the best experience on our website. Read our privacy policy.
I accept