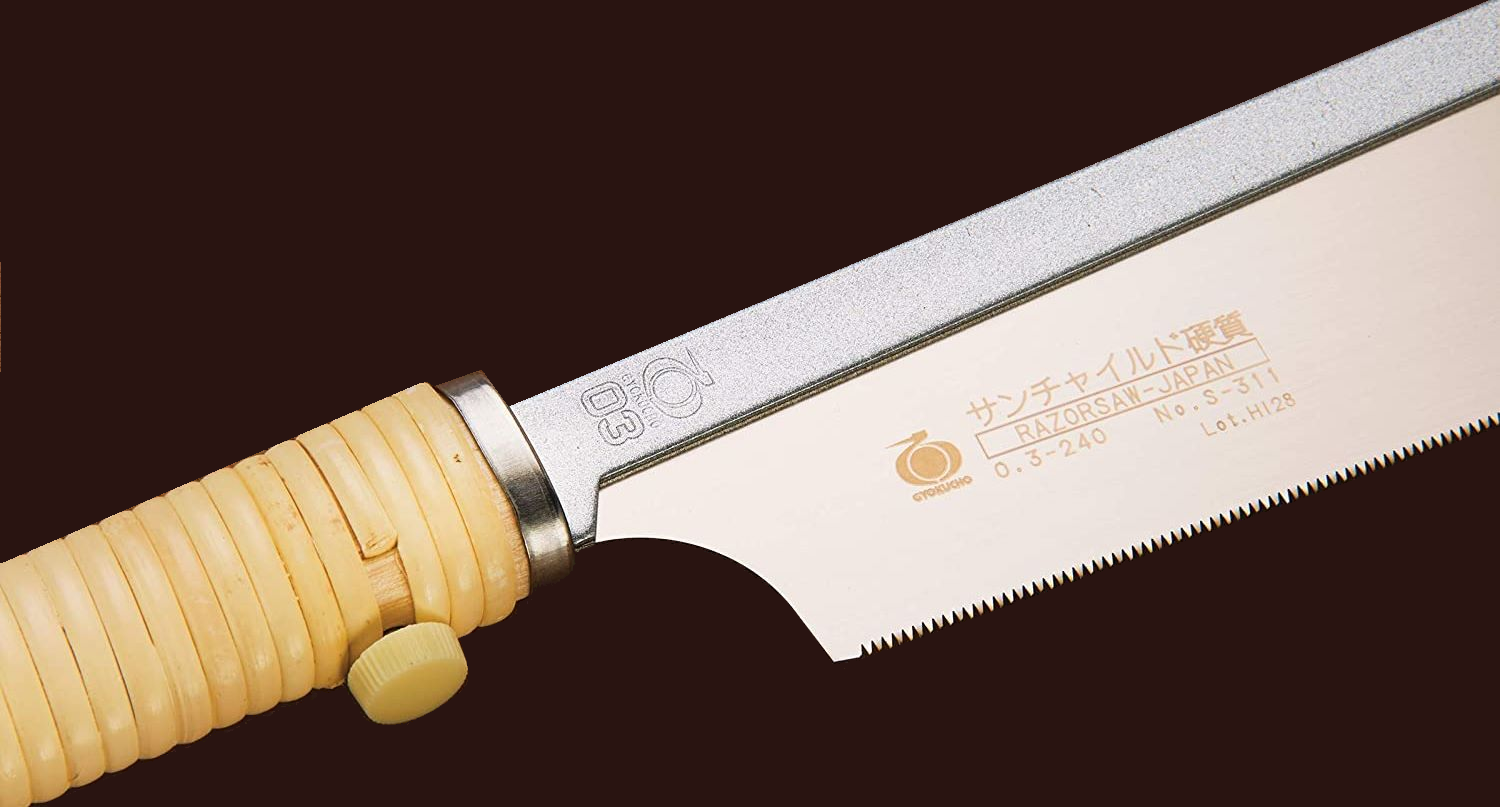 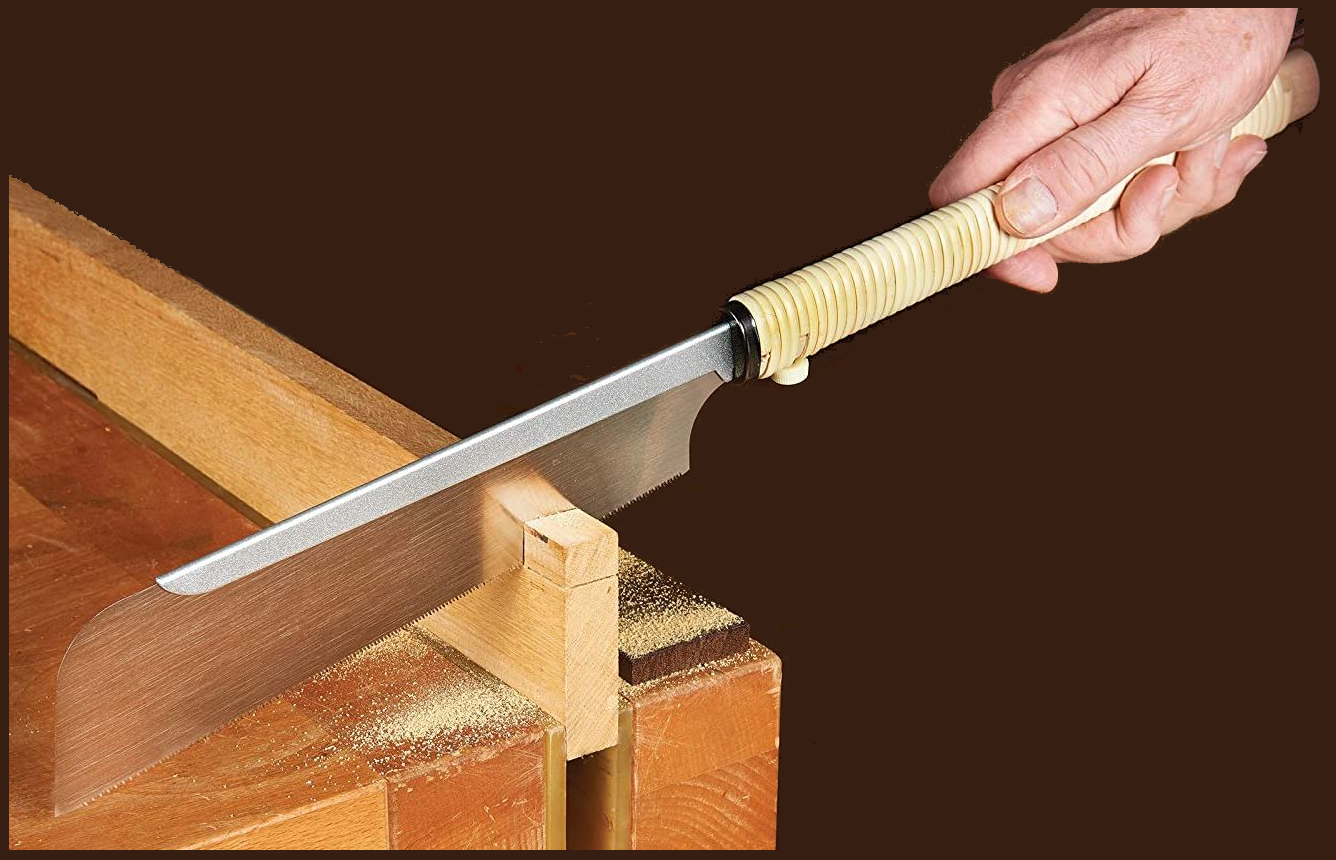 The Gyokucho S-311 Sun Child Dozuki Nokogiri was the second Japanese woodworking tool that we imported.

It was our dear friend Shiro Tanka "Tanaka San" who initially suggested this saw simply because it fitted into the European style woodworking profile and effectively replaced a tenon saw ... but in turn, offered a whole lot more versatility.

Japanese Master Craftsmen (Shokunin) traditionally sit with and around their work piece, thus they work at floor level.  A pulling action is a traditional and far easier movement whilst sitting with your work piece.  This action means that a saw blade is under tension the entire time during use.  The blade can therefore be made thinner and harder than any Western saw blade.

The Sun Child full length back Dozuki features a 240mm long blade which is 0.30mm thick (giving a 0.4mm kerf) with around 17tpi and a depth of cut ranging from 33mm to 41mm.

The tooth formation is at home cutting softwood, hardwood, plywood, MDF ... even perspex and is equally at home cutting across the grain, into end grain and on a bias to cut dovetails.

The kerf is actually so thin that you cannot even get a Stanley knife blade to fit into the cut.

An all round winner with sales during the last 30 years totaling near a quarter of a million pieces and around 75,000 spare blades.

There is a very famous furniture restorer who has produced the thinnest "slither" we have seen.
Cut across the grain in a piece of 60mm x 40mm Jatoba.
The resulting, almost perfectly parallel "slither" was micrometer measured at an incredible 0.288mm to 0.269mm.
Bordering transparent and in one piece!

Can you better that?