AF sockets and spanners are the correct "size" for UNC and UNF bolts and nuts.

Old cars and bikes manufactured before the late 1960’s tend to use fixings that require an "inch" or "imperial" based tools.
As a result, AF (Across Flats), BSW (Whitworth), BSF or even BA (British Association) sockets and spanners are collectively referred to as "inch" or "imperial" and they are the correct sizing of tools often used on classic and American cars and bikes.

Although some later, more specialised vehicle models continued to use BSW (Whitworth) for many years after other vehicles had stopped their configuration.

That said, it is important to note many vehicles manufactured in the period reaching the mid to late 1970’s still used bolts and nuts that required AF sockets or AF spanners including many American cars and bikes.

Today, it is not as clear cut as often "American" vehicles once the home of AF now use Metric and "Scandinavian" vehicles which you would expect to be Metric are often AF. 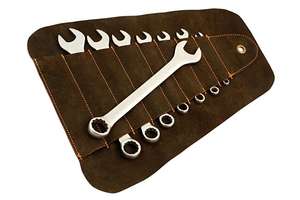